When Dance Australia editor, Karen van Ulzen, heard I was returning to Israel, she asked me to write a travelogue-cum-interview to lay the ground for Batsheva’s 2014 tour to Australia. So, along with all the eating, absorbing, moving, teaching and studying, I now had a reason to meet the artistic director, Ohad Naharin. If it could be arranged.

Pinning down a man who heads up two extremely busy dance companies (the main company, Batsheva, and the junior Ensemble), sets his works around the world, actively teaches Gaga classes, and is bringing up a four-year-old, was not to be as simple as a phone call or email. I flew out of Australia with no interview confirmed. “I trust it will happen when you are there,” said Karen with confidence.

She was right. The day before I was due to return to Australia, we caught up over coffee at Suzana, a relaxed bar/café opposite Batsheva's home, the Suzanne Dellal Center for Dance and Theater. This beautiful theatre and studio complex, entirely devoted to facilitating and developing the performing arts in Israel, was founded in 1989, one year before Ohad Naharin took the company’s reigns. He, at once, began to distinguish its identity from the modern repertoire troupe established in 1964 byphilanthropist Madame Batsheva de Rothschild with artistic advisor Martha Graham. Although Madame Batsheva (nee Bethsabée de Rothschild, daughter of Baron Edouard Alphonse de Rothschild) had long since withdrawn her support after a falling out over the company’s ethos and direction, Batsheva Dance Company retains her name to this day.

The first thing you notice about Ohad Naharin is his softly piercing eyes.
“Your eyes are like Maurice Béjart’s,” I said spontaneously.

Naharin spent 10 months in Brussels in Béjart’s company, Ballet of the XXieme Siècle. It was a large company: 60 or so dancers; Jorge Don amongst them. Maurice Béjart would have adored Ohad Naharin – young, virile, attractive, exotic, Israeli. So of course he created a work for him – “Reggae” – and of course this would ruffle some feathers.

Read the full article in the February/March issue of Dance Australia. OUT NOW! 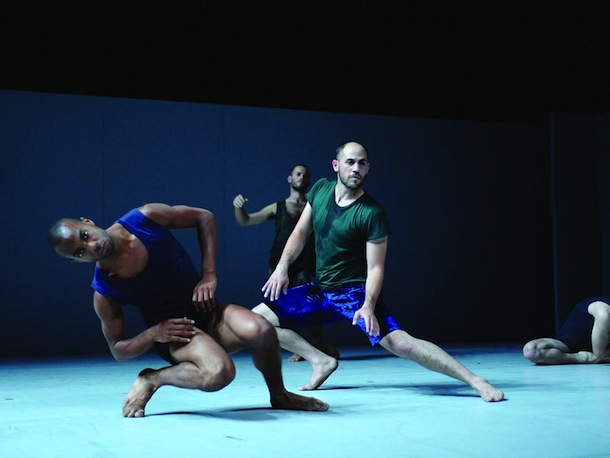