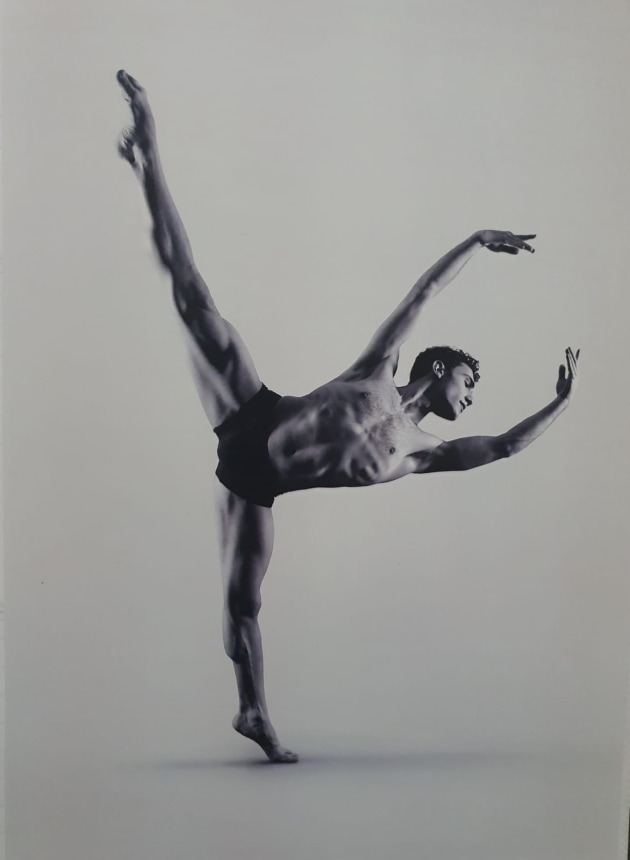 Choosing to dance is choosing to be taught that life can be hard and is not always fair. But it is also choosing to experience something unique and remarkable. How can you not? Dimitri Kleiroris had to.

Half-Greek, half-Maltese and growing up in Sydney with three very much older sisters, Dimitri Kleioris was “the baby who was always dancing” whenever there was music. He had also attended about fifty weddings by the time he was five, and somewhere in the family albums is a video of one in which, at age two, he danced all by himself on the dance floor all night, not wanting to engage with anyone, just perfectly happy to be moving to the music. “I would also cartwheel everywhere,” he adds, “including in shopping centres.”

When Kleioris was four, his mum put him into a local dance class near his home in Sydney where he did jazz and hip-hop. “And I absolutely loved it.” One week later, his dad took him out because he was the only boy. “I tried a myriad of sports that I was horrible at and just kept asking my mum why I couldn’t go back to dancing. When I was eight, she said, ‘Stuff this, I’m taking you back’. So I’d go from soccer training straight to dance classes.”

“Dance is the only thing I ever really wanted to do as a kid, Kleioris states. “I had this innate drive from an early age that I think you have to be born with that or be beaten into submission by your parents - which I was not.”

At age 14, he was accepted into McDonald College with a full scholarship and had his first taste of classical ballet. His mum also began taking him to see shows. “We’d go and see musicals. She’d stand with me at the stage door and ask everybody, ‘What does my son have to do if he wants to be a professional dancer?’ They’d invariably say, ‘He has to do ballet class.’ For some reason I never wanted to, but at McDonald College I moved into the ballet stream and was going to Brent Street after hours to do everything else.”

In his second year, teacher, Nigel Burley, took over both the ballet program and Premier State Ballet, the youth ballet company run through McDonald College. “In the middle of Year Ten he said to me, ‘Listen kid , I want you to join Premier State Ballet and take on the role of Albrecht in Giselle,” Kleioris recalls. “I’d only been doing ballet for two years and didn’t know what that meant.” Burley warned him that if he did so he would have to stop all other styles of dance and just focus on ballet. That triggered a very definite “no, thank you” from Kleioris. “But Burley told me, ‘I promise if you do this for one year, when you go back to other styles of dance you will be exponentially better.’ So I decided I could give it a go for a year. Three months in, I was in love with ballet and knew that was what I wanted to do, even though I’d only been doing it for two years and was still kind of guessing.”

He then auditioned for the Australian Ballet School, “for fun because there was a boy in my year auditioning. At that point, I actually wanted to go and study in Europe because of my Greek and Maltese heritage and because I had teachers who favoured European schools.” But of 150 in the audition, he was one of three chosen to go to the finals in Melbourne. My dad said to me, ‘If you get into this you’re going here, you’re not going to Europe’. I remember thinking, ‘Oh no’.”

Kleioris did the final week of auditions with thirty-nine other dancers for seven spots in Level Six and fell in love with the School.” Suddenly, I really wanted to go there, being surrounded by amazing dancers and being able to see the Company. It was all like a dream at seventeen.” In October, the letter arrived and Kleioris had been accepted. “I opened it in my room and got this sinking feeling. While I was happy, I knew it closed the door on Europe.” He spent three weeks asking himself if it was really what he wanted to do. It also meant leaving school before his HSC and leaving home to live in Melbourne. Kleioris accepted in November and moved to Melbourne in January to begin his three years there.

Six months before graduating, he flew to New Zealand to audition for the Royal New Zealand Ballet, “because I didn’t want to be left without a job”.  He was given a contract for an immediate start but told them he wanted to finish off his studies, so he began the following year.

The next few years brought a wild array of opportunities and mishaps into Kleioris’ life. “I was getting to a stage at RNZB where I was over ballet and I wanted to go and be a back-up dancer for Lady Gaga,” he states. “I went to LA and signed with an agent who was going to help me get a Visa.” But on his return, RNZB director, Ethan Stiefel, told him the Company was touring in New York in eight months and asked him to stay. “’You can leave after that,’ he told me. "What better way to experience a city where you want to live than to go there first to perform.”

“Luckily I did, because two months into the start of that year I had a major foot injury and was off for three months.” Kleioris began to think about extending his skills to include acting and asked Sir Jon Trimmer, who had been with the NZB for fifty years, for advice. Trimmer recommended Miranda Harcourt and Kleioris found a new passion. When Stiefel became choreographer on the production of US TV drama series, Flesh and Bone, Kleioris auditioned, received a two-year visa and his US dream became real. While living in New York, he also began singing lessons. “I’d always wanted to sing but wasn’t sure if I could.”

A year later, after a broken foot and a failed audition, he was asked to audition for An American in Paris on Broadway. “While I was at the Watermill Centre working with the amazing artist, Robert Wilson, I was asked to audition for the musical. I did the audition although my plan was to move to Berlin as I wanted a change.” He was offered an ensemble role and turned it down. But then, “I don’t know what came over me,” he recalls. “I asked for the opportunity to audition for the lead. Two weeks later, after four auditions and cancelling my flight home twice they offered me the job.” Kleioris played the lead for ten months on Broadway then moved to London to pursue his career.

That was when his father became ill. Kleioris came home. “I got to spend his last year with him and that’s what led me to SDC. I was at the opening night of Ab Intra in Sydney and was absolutely blown away, I think it’s a masterpiece. I remember thinking I’d love to work with Raf (Rafael Bonacela) and dance with this incredible company. I auditioned in September 2017 and six weeks later I was offered a contract to join the company.”

Kleioris feels that he has found his perfect place. “I think a career in dance is not for everyone. It’s very different to what you imagine as a student. In a company, you’re a chess piece on a chess board. You are chosen for your unique qualities and what you control are your drive, your determination, your level of fitness and the work you put in but ultimately your job is to bring to life the artistic director’s vision. I’m happy with that. I don’t have a desire to choreograph. I feel really lucky now to say that I dance in a company that I absolutely love. I’m doing work that’s very right for me right now and I feel very fulfilled by it.”