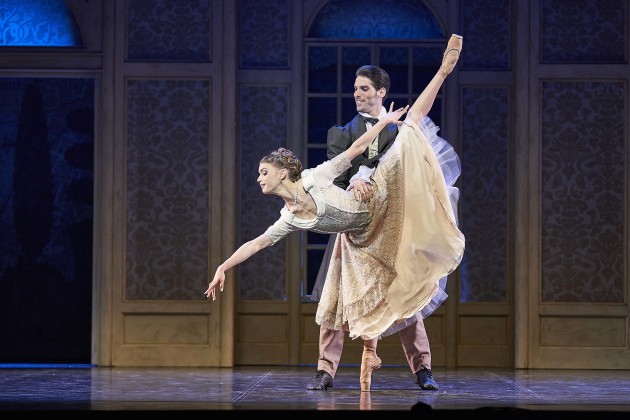 As well as inspiring numerous film, television, theatre, and musical interpretations, many dance productions based on Irish writer Bram Stoker’s 1897 Gothic horror novel Dracula have been seen world wide, including in Australia. So it seems there is a ready-made dance audience to support this genre. Still, it’s always a challenge to create large-scale productions. This adults-only version of the story is a co-production between West Australian Ballet and Queensland Ballet, which eases the financial risk for both companies.

The task of choreographing the new Dracula was placed in the safe, experienced hands of internationally respected choreographer Krzysztof Pastor, currently artistic director of both the Polish National Ballet and the Lithuanian National Ballet. Pastor’s Dracula follows a libretto by Pawel Chynowski, with a prologue, two acts and ten scenes, with additional short scenes taking place in front of a scrim during set changes.

For this production, Pastor blends neoclassical movement with some unpredictable distortions and nonconformity, creating an unceasing undercurrent of unease, with many lyrical romantic moments retaining an off-kilter heart, and elegant group waltzes a glittering edginess. Two dancers share the role of Dracula in order to reveal how the tragic suicide of Dracula’s wife Elizabeth led to his degeneration. Old Count Dracula (Aurélien Scannella) is the monstrous, murdering vampire he became, and Young Count Dracula (Matthew Lehmann), shows his more sensitive former self, with the transitions between the two cleverly, seamlessly achieved.

Traversing many centuries and settings in Transylvania and London, the spellbinding sets and costumes designed by UK-based Phil R. Daniels and Charles Cusick Smith are works of art, with meticulous attention to detail and historical accuracy. They transform the stage with stunning, distinctive, all-encompassing imagery, which is exceptionally well lit by John Buswell, creating atmosphere and mystery in every scene.

The expressive, at times melancholy music for this production is the work of the late Wojciech Kilar, and arranged by WAB’s music coordinator Michael Brett. Much of it comes from director Francis Ford Coppola’s 1992 film Bram Stoker’s Dracula, with additional sections of Kilar’s music from other film scores. Played by West Australian Symphony Orchestra at its glorious best on opening night, conductor Judith Yan brought forth every nuance, dramatic tone or highlight in the score, in the narrative and in the choreography.

The whole company performed admirably and undoubtedly repaid Krzysztof Pastor’s faith in them all. Carina Roberts (Elizabeth/Mina) rose to new heights in a beautifully danced, eloquent, breathtaking performance; Matthew Lehmann danced with flair and power, partnered flawlessly, and was entirely convincing as Young Count Dracula, revealing his inner turmoil, conflict and attempts to resist his dark urges; the company’s artistic director Aurelién Scannella took the bit between his teeth and made the most of his unexpected return to the stage as Old Dracula; and Oscar Valdés (Jonathan Harker) gave one of his finest performances for WAB, his eccentric tango with Young Dracula (Lehmann) sensational.

Some sections could be shorter. And Jesse Homes’s (Renfield) brilliant performance and physicality aside, the scenes of patients in a mental asylum seem to veer towards parody. At other times, the action on stage oversteps the line between the work’s fantasy world and realism.

Lengthy, loud cheering, whistling and applause greeted the artists on stage after a smooth and very successful première. 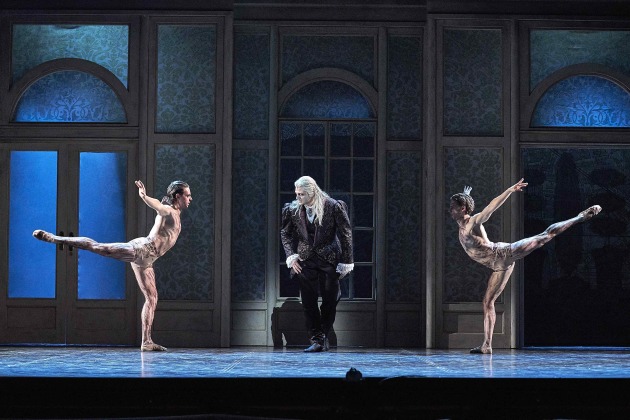