Victorian schools and the lockdown challenge

Australia feels like two nations at the moment. Most parts are emerging from lockdown, with dance schools and companies returning to the studio and the stage. And then there’s Victoria, in a second lockdown for the year. Now at Stage 3, the Victorian restrictions mean dance schools must stay closed, even in regional Victoria, with restrictions being lifted only gradually. As the closures drag on, the financial distress has been devastating. Schools have lost their income, teachers have lost their jobs, and pupils have lost a source of recreation and/or months of vital vocational training. 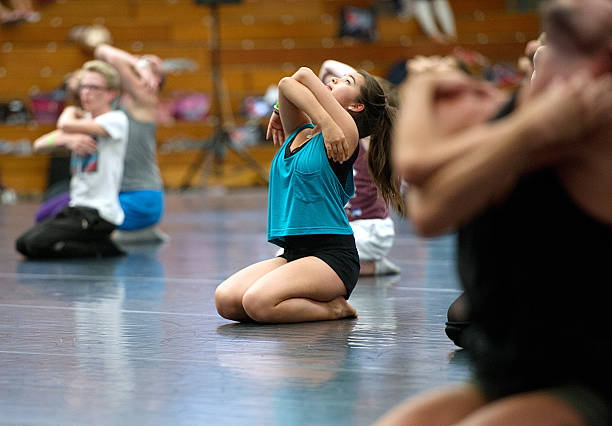 While few deny the necessity of the restrictions, some teachers are frustrated that they must stay closed while outdoor sport, even contact sport, is allowed for people 18 and under. Under the legislation, the only mention of dance classes is as “fitness or dance classes (including classes associated with gyms)” which must be “closed for indoor operations”. This effectively means no Victorian dance school will be able to open until the Last Step of restrictions, scheduled for November 23, effectively the end of the year.

Equating dance schools with gyms does seem to indicate a lack of understanding what dance schools actually do and the important role they play in society – yet another example of government favouritism of sport over the arts. Dance classes, particularly ballet classes, are much more strictly regimented than most sport, require no contact, and be conducted without touching a barre. Contact sport, on the other hand, allows children to touch and puff and breathe all over each other.

Katie Rappell, director of Crazy Feet Dance Studio and Spectrum Dance Studios in Burwood, finds the distinction “perplexing”: “Dance students are incredibly disciplined and are invariably required to maintain a safe distance between themselves and other dancers during classes,” she says. “With further restrictive measures enforced by teachers and studios, we will be able to create an environment that will be low risk in regards to transmissions.”

The law can be a blunt instrument. As Dr Jason Lam* explains, the key difference for Government decion-making between sport and dancing is that one is outdoors and one is indoors. “We know that outdoors is significantly lower risk for the transmission of the virus and indoors is higher risk. We know the virus is spread through air-borne droplets, so any activity where you’re respiring more heavily in an indoor environment which doesn’t have high levels of ventilation is is high risk.”

Equating dance schools with gyms does seem to indicate a lack of understanding . . .

Despite their frustrations, Victorian teachers have been adapting. On-line classes abound. Schools have been holding classes, teaching syllabus and even auditions online. While online cannot replace the real thing, many teachers have found them to be a reasonable alternative.

Kalman Warhaft, who runs the Melbourne Institute of Dance in the east suburbs of Melbourne, even says he “likes” the second lockdown – or rather, he likes it better than the first. “The worst thing about the first lockdown was the uncertainty – you couldn’t plan from one week to the next. This time we have a schedule and we can plan ahead.”

He has embraced online teaching. “In our school setting it is logistically easier and makes better financial sense. It wouldn’t have been financially viable to run the adult classes under the restrictions. If you are prepared to embrace the technology you can do fine – I am currently running 25 classes a week for both children and adults and will be having a Zoom end-of-year concert.”

Although other states have not had to endure the same length of shut down, it is heartening to know that many emerged not just unscathed, but sometimes even stronger than before. Maria Teixeira, director of Queensland Dance and Performing Arts in Thornside, Brisbane, experienced an increase in the number of students upon her return to classes. Like most, she took classes by Zoom during the closure, holding one on one or one on two most nights. “They can accomplish a mighty lot on a barre,” she says.

In Adelaide, Terry Simpson, principal of of Terry Simpson Studios, has also experienced an almost full return of student numbers. Simpson has been teaching for “around 40 years” and her school consists of four studios over three sites, with a full-time day school and evening school for juniors through to seniors – almost 300 pupils altogether.

“When Covid happened I looked at my age and my stage of life and I thought I can’t possibly reinvent myself at this point in my life. But it’s amazing what you can do,” she says.

Having run on-line classes through the three-month shutdown, the school has now returned to its former timetable. Though the pupils won’t be performing in an end-of-year show, they will be taking their exams in four weeks’ time, “which I never thought we could do”, she says. "But we’ve worked unbelievable hours – I’ve not had a day off since we came back. It’s been one of the hardest years ever."

While Victorian teachers wait for the restrictions to lift, they can take heart from what Kalman Warhaft says:

“Dance can and will continue but it will need to continue to develop and mould. Dance is primal and a survivor, it has been present since the start of humanity and will continue till humanities end,” he says. “Humans and dance adapts as needed, look at the Royal Danish Ballet style, due to their beautiful yet very small stage their technique under Bournonville developed with wonderful batterie and quick footwork with vast elevation yet minimal travel.

“Pressure and restriction can assist in creating art.”

*Jason Lam is a former professional dancer turned doctor. He holds a Master of Sports Medicine, a diploma of Child Health and is now a trainee with the Australian College of Sports and Exercise Physicians. He is the Crichton Dance Medicine Fellow at the Australian Ballet.

Next: how teachers are bouncing back.