Catch Me If You Can

From the producer who brought you Cry-Baby, High Fidelity and Rent, Lauren Peters, comes the upcoming adventurous, inquisitive and ingeniously criminal musical Catch Me If You Can.

Based on the biographical hit film of the same name, which starred Leonardo DiCaprio and Tom Hanks, Catch Me If You Can is the high-flying musical comedy about chasing your dreams and not getting caught.

Jake Speer is making his Hayes debut in the role of Frank Abagnale who is a precocious teenager seeking fame and fortune who runs away from home to begin an unforgettable adventure. With nothing more than his boyish charm, a big imagination and millions of dollars in forged cheques, Frank successfully poses as a pilot, a doctor and a lawyer – living the high life and winning the girl of his dreams. When Frank's lies catch the attention of FBI agent Carl Hanratty though, played by Tim Draxl, Carl pursues Frank in a jet-setting, cat-and-mouse chase across the US to make him pay for his crimes.

Are you an adult dancer looking for expressive and beautiful ballet classes? 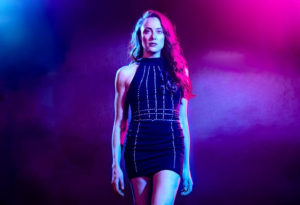 From the catwalks of Paris to the office boardroom, South Australian choreographer/performer Erin Fowler presents FEMME, a deeply personal work that explores the stereotypes of femininity through movement, dance, sound, and text.