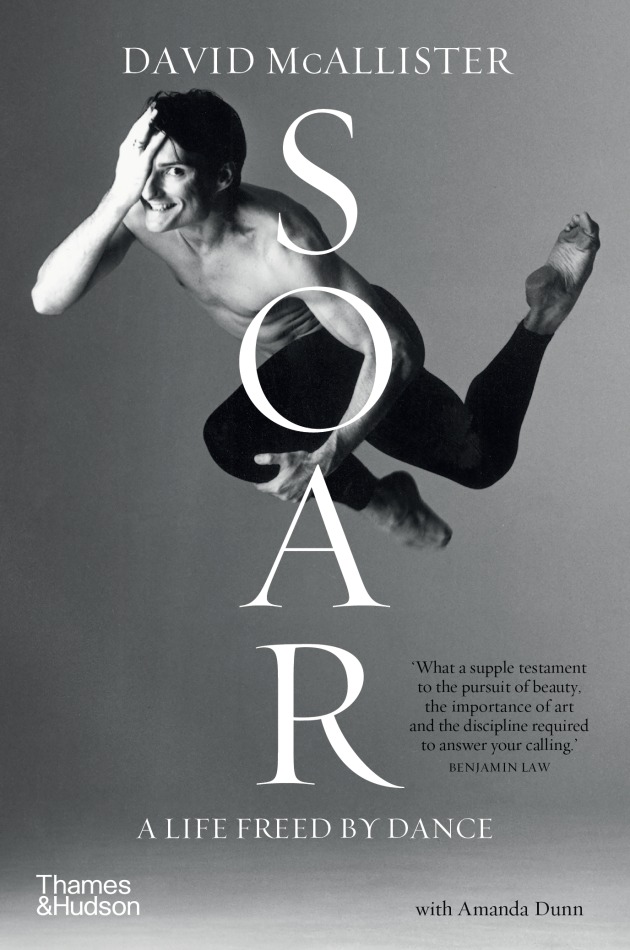 David McAllister's whole life has been the Australian Ballet - he trained at the Australian Ballet School, danced with the company for 18 years, and became its longest-serving artist director. Now, after having decided to step down, he has written his farewell autobiography, called Soar, a life freed by dance.

McAllister describes his obsession with ballet from the day, aged seven, he saw Rudolf Nureyev on the TV. As a little boy taking ballet lessons, he was mercilessly bullied at school. As a young man joining the Australian Ballet, he worried that he would never play the prince because he lacked the height and lean limbs of a classical dancer. Every time he heard “no”, he simply did what he loved – danced. He went on to dance on the world stage; represent Australia in the Moscow International Ballet Competition; he became a principal dancer and performed his dream roles; he fell in love, onstage and off; and presided over one of the flagship dance companies in the world.

Fifty years since he stepped into his first ballet class, McAllister reflects on his dance journey, his relationships, embracing his sexuality, and the combination of talent, timing and sheer perseverance that gave rise to his career.

'Soar' is due to be released in October. Look out for our forthcoming review and give-away offer!