Leviathan will be performed by a united company, assembling both junior and senior members, to create what it describes as "a relentless, reflective and powerful work, that puts front and centre the voices, bodies, concerns and curiosities of today’s youth ... to create an unstoppable beast".

Artistic Director Isabella Stone is looking forward to delivering the live performance after the original scheduled performances were postponed due to COVID-19. The company was not idle in 2020 though – it produced a short film, also called Leviathan, based on the material that was developed for the show, presented By George and All of Us in the Burning Desires Festival, and held a season of Change by the Junior Company at the Moonah Arts Centre.

This season, however, “for some of the company members is the first time they’ve taken part in a major dance production and will also be the first time they’ve performed in a theatre," she says. "It’s a huge work with all company members present in the space for the entire duration of the performance. It’s been beautiful watching the ideas and reflections about their futures unfold, shared in conversation then manifested in their bodies and movement. It begins slowly but builds momentum crossing through strange, imagined landscapes and sensitive territories, with playful, honest and raw performances.”

DRILL dancers range in age from nine to 25 and learn skills in choreography, communication and collaboration through creating their own new movement, supported by professional choreographers.

Stone was appointed to DRILL in March last year, stepping into the shoes of founder Joshua Lowe. She has choreographed Leviathan along with Angela Barnard and Bethany Reece, as well as the young performers. 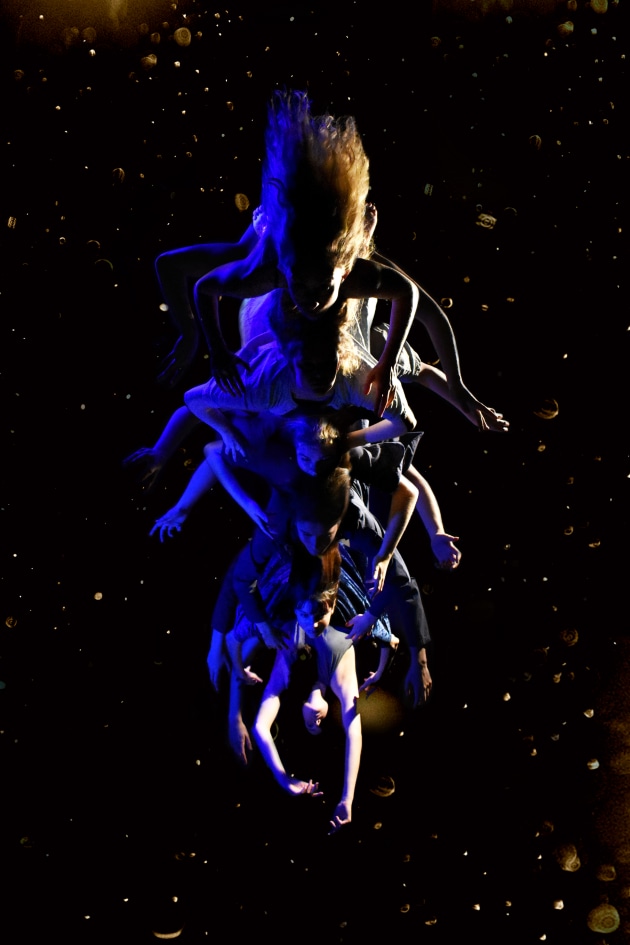