For David Hallberg, this year should have been a globetrotting year of farewell performances. As one of the world’s most celebrated classical dancers, he justifiably planned a big, glittering send-off. He was to perform at the Bolshoi, the Royal Opera House in London and in New York, all stages where he has spent much of his glittering career. Alas, it was not to be. But, he says, sad as that was, there was a “beautiful silver lining” – plenty of time to commit to preparing for his new role – as the incoming artistic director of the Australian Ballet. “It’s given me time to plan and prepare and observe that I wouldn’t have had if Covid had not happened,” he says.

Even so, it must have been tricky. He endured two hotel quarantine sessions in Australia as well as at home in America. On the plus side, he has a good familiarity with the Australian Ballet (AB), which has been something of a second home for him, thanks to the role the company played in nursing him back from a near-career-ending injury. He is deeply grateful to the AB. He loves the company's "inclusivity" and friendliness.“I can’t tell you how nice it is to come into an organisation that has positivity is embedded in it. It is a trait I admire in Australia itself. I lived in Moscow for years; there isn’t much positivity roaming around Moscow or the Bolshoi Theatre for that matter. I mean [the Bolshoi] is a fabulous, world-class company to which I am very grateful for the experience, but the AB has this can-do belief in doing the best they possibly can do.”

His first program as director starts as he plans to continue: he wants to reach a wider audience than those who attend the regular venues such as at the Sydney Opera House and major city art centres. The first major outing for the AB post-Covid lockdown will be at Margaret Court Arena at the Australian Tennis Centre in February, with a “welcome back” gala program of divertissement called Summertime at the Ballet. “I really feel that we’re going to tap into another demographic by going to Margaret Court, being in a venue that isn’t so ‘high art’, in a way, and choosing rep in the program that is very friendly to a more general public.” 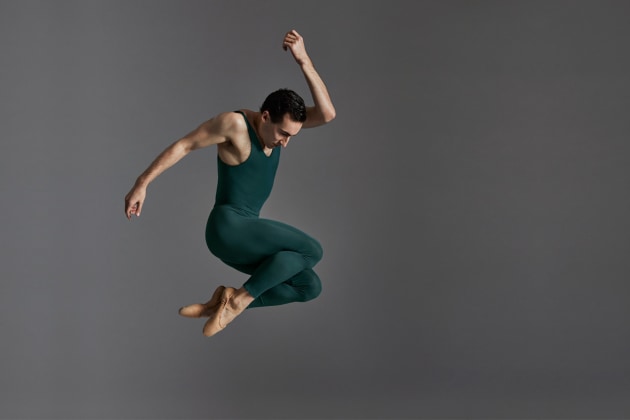 With theatre venues still in doubt when the season was being planned, most likely the pandemic also played a part in choosing an open-air venue. The program will be “a good balance of repertoires and styles” including excerpts from ballets both old and new, such as showstoppers from La Bayadere, Don Quixote and Balanchine’s Tchaikovsky Pas de Deux, as well as excerpts from Tim Harbour’s Filigree and Shadow, Steven Baynes’s Molto Vivace, Ronald Hynd’s The Merry Widow and Lucas Jervies’ Spartacus. It is designed to showcase the versatility of the dancers and the broad spectrum of classical ballet – and who doesn’t like a good gala? “Gala programs – I’ve done enough to know what it attracts,” he smiles.

“There’s an audience that are not regular ballet-goers, they don’t come and see a new creation by, for example, a Lucas Jervies, so that’s the audience that I think will be attracted to a program like this. My challenge was to choose a program that was artistically vibrant, that really entertains and attracts audiences of all ages; people who love the ballet and people who don’t always go to the ballet.”

The company will return to the more regular stage with Hallberg’s first own commission: a new work by US choreographer, Pam Tanowitz, a choreographer unknown to most Australian ballet audiences. Hallberg describes her as “one of the most in demand creators in the dance scene”. “I say dance, instead of ballet,” he explains, “because she has done a lot of work on contemporary companies, but also commissions for New York City Ballet, Royal Ballet, American Ballet Theatre.” Hallberg is familiar with Tanowitz from when he commissioned her 10 years ago for the annual choreographic workshop he ran for American Ballet Theatre. “Her work is important: it’s informed, it’s interesting and it’s not work that I think Australia is used to seeing. This is part of my responsibility, I think, to bring [choreographers] in who people haven’t seen yet. She’s doesn’t give you the circus fouettes and big jumps – she gives you work that is visually stunning, unison work that is not star oriented.” Tanowitz will feature on a triple bill called "New York Dialects" which will include the Balanchine classics, Serenade and The Four Temperaments. "New York Dialects" will be performed in Sydney in April and Melbourne in June.

Also in April, but in Sydney only, is a double bill called "Counterpointe", consisting of Act 3 of Petipa’s Raymonda and US choreographer William Forsythe’s Artifact Suite, a juxtaposition of old and new ballet formality that he hopes will demonstrate the evolution of classical ballet. 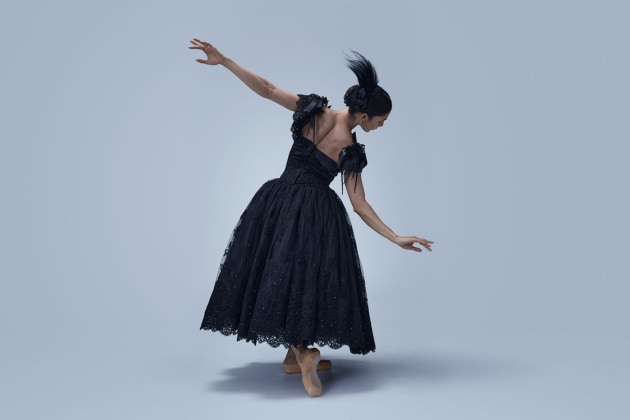 Although America features strongly in these earlier programs, Hallberg is keen to reassure audiences that he is not about to reorient the company toward the US. “I’ve heard there’s some trepidation about an American coming in as the new artistic director. I’ll say, yes, I’m not an Australian, but I’m not going to erase the history of the AB, or make it American or any country, I’m going to dive in and look around this rich creative landscape that is Australia and promote and develop creative talent in this country. Australians are very proud of their dance history, more so than Americans. There’s a long and proud lineage here.” He adds: “As a Yankee coming in, I’m very mindful and respectful of adding on to that lineage, not erasing it, not forgetting about it.”

The program for the second half of the year includes a new production of Anna Karenina, a co-production with the Joffrey Ballet in the US choreographed by Yuri Possokhov. The Australian Ballet’s previous Anna Karenina was a huge audience favourite, as is its Romeo and Juliet, choreographed by John Cranko, which will be revived for Melbourne and Sydney. Rounding out the year is Harlequinade, which will finally make the stage after its postponement last year. This ballet, choreographed by Petipa in 1900, disappeared from the stage after the Russian Revolution, but has been “reconstructed and revitalised” by Alexei Ratmansky, the Russian choreographer who has made something of a speciality of digging out and reviving lost Russian gems. 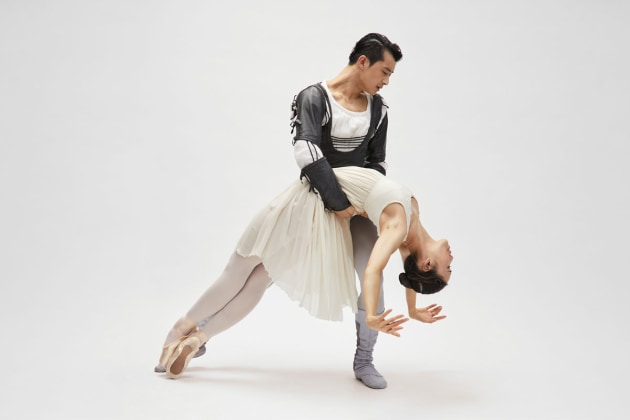 As an international star who has travelled all over the world and experienced many dance company cultures, what does Hallberg think about the AB's geographical distance from the centres of the classical ballet world? Is it an advantage or disadvantage?

“Well, it’s both,” he replies. "You’re not an hour’s flight from seeing a new Neumeier work, for example. I plan on bridging that gap, and making international artists and guests much more regular.

“But what is to the advantage is that the dancers – there’s this mentality of getting on with their work. There’s a lack of comparison. So many of the European companies look like each other. But the Australian Ballet looks like the Australian Ballet. Not like the Danish, or Stuttgart or Royal. I think that’s an advantage.”

We will see what Hallberg adds to the distinctive, world class company that is the Australian Ballet.

See our special 40% off Christmas offer: one year (four issues) print + digital for only $31!