Sheridan Mouawad is an Australian performer who is currently playing Jasmine in Disneyland California’s production of Aladdin – a Musical Spectacular.  She spoke to Dance Australia about her career path to date.

Sheridan Mouawad may only be 21 years old, but like so many dancers, she started young.  “I started dancing at the age of three,” she says.  Hailing from Sydney, she completed much of her training in her home town.  “Most of my jazz training came from Lisa Jane Holt, ballet training from Hilary Kaplan and Archibald McKenzie at Alegria Dance Studios, and musical theatre training from Thern Reynolds,” she says.  “I decided to aim for a career as a performer in grade 7,” she remembers. “I moved to the Australian International Performing Arts High School in Glebe (now known as the Australian Performing Arts Grammar School)  to pursue my passion in performing arts and haven’t stopped yet!”

Mouawad went on to train full-time at Brent Street and landed her first job before she had even graduated.  “In my fourth term I auditioned for Universal Studios in Singapore, and was offered a contract! I left Brent Street right before my graduation,” she recalls.

Was she daunted to be moving overseas so young?

“Moving away from home at 18 wasn’t so bad, because I was extremely excited to be doing something that I love and have a real passion for,” she reflects.  “It definitely was a huge adjustment, though! I finally understood what people meant when they said ‘You need life experience’.  I was kind of forced to grow up in a way, as I was lumped with all new responsibilities, and didn’t have mum and dad around to help. But overall it taught me a lot!”

Mouawad had actually deferred a scholarship to the American Musical and Dramatic Academy in New York in order to accept the contract at Universal Studios, so when she completed the contract, she headed to New York to take up her scholarship.  From there she was offered a role as a Shark Girl in West Side Story, which saw her tour through Europe to the West End.  After a brush with So You Think You Can Dance, Australia, she is now playing Jasmine in Disneyland California’s production of Aladdin – a Musical Spectacular.  “Working at Disneyland is truly the happiest place on earth,” she exclaims.  “I had never been to Disneyland before in my life, so when I was offered to be the lead as Jasmine in Aladdin, I was over the moon (no pun intended). What more could a girl ask for, but to be a Disney Princess everyday? It’s an extremely professional and safe environment, and the people you work with truly do become your family. It’s a beautiful experience to be a part of considering I don’t have family out here.”

Mouawad’s own career sounds like a bit like a Disney fairytale.  So does she have any advice for those who dream of a career in musical theatre?

“Yes! Be a sponge. Take in everything you can. Be as versatile as you can.  You want to be a triple threat so you can be as valuable as possible. I understand in this industry we face rejection everyday, don’t let that determine your talent. Have faith in yourself, and know that dreams really do come true,” she says with feeling.  “I’m a living and breathing representation of that and hope to inspire many other performers in Australia to pursue their dreams.” 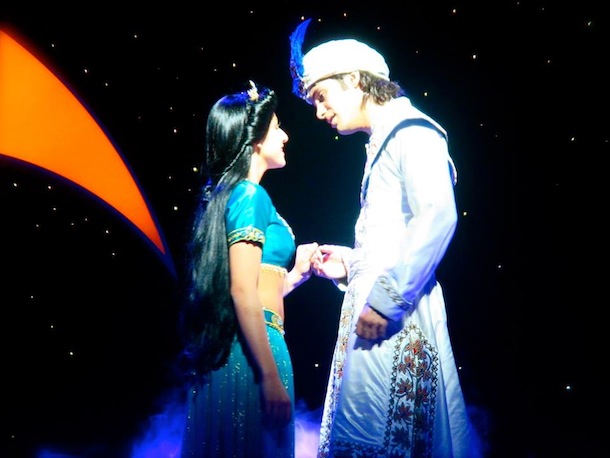 Above:  Sheridan Mouawad in Aladdin: a Musical Spectacular
Below:  Dancing in West Side Story 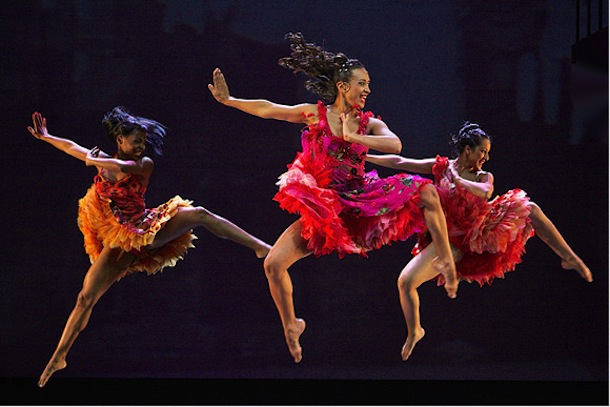