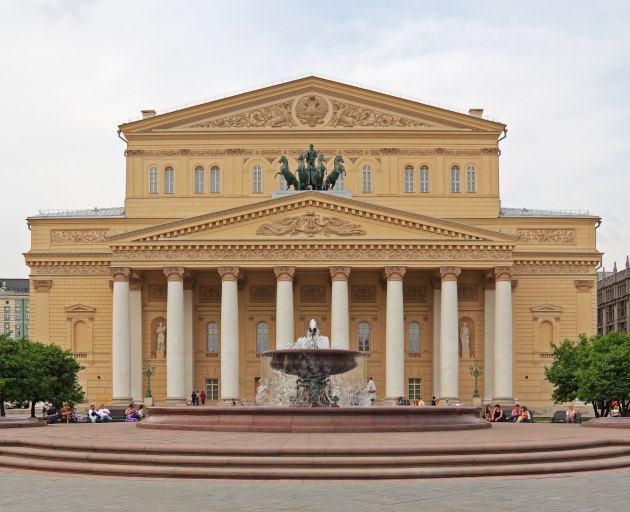 The charity, called Curtain Up, began in April by donating box-office receipts from the performance of Yuri Grigorovich’s Spartacus "to help the families of soldiers who died during the special military operation of the Russian Federation in Ukraine". The charity is organised by the Ministry of Culture of the Russian Federation. To quote: "Its key goals are to support the Russian audience, those who help our army; assistance to evacuees from Donbass. As part of the Curtain Up action, Russian theatres will show performances and hold events for a wide variety of audiences, including members of youth, volunteer and veteran organisations, large families, as well as residents of the LPR and DPR." The LPR and the DPR are the breakaway self-declared people's republics of Luhansk and Donetsk - both designated as terrorist organisations by Ukraine.

The Bolshoi Newsletter is an interesting compendium of commemorations, historical notes, official statements and news - including short summaries of international news. As such it provides an interesting insight into the way Russian artists are responding to the Ukrainian invasion. While recent issues of the newsletters don't editorialise, they do carry comments and opinions by various artists whose main position, on the whole, is to defend the right of art and artists to remain above and untouched by the conflict, and emphasising the ridiculousness of attempting to divorce Russian art from the rest of the world.

For example: Natalia Kasatkina, artistic director of the State Academic Theatre of Classical Ballet and a former Bolshoi Ballet soloist: “Today, when Russian culture  – our ballet, theatre  – is being oppressed, forced out, we must remember that this is impossible. It is global. I have travelled all over the world and I know that our ballet, opera, painting, literature have always been loved, perceived as something special. This cannot be changed. The Bolshoi Theatre is eternal in the same way. Nothing will happen to it. It will remain the pillar. We as cultural figures should keep doing what we do best, and not delve into politics. At all times, the Bolshoi Theatre gives an artist a lot, excellent teachers always work there.

It quotes Natalia Osipova (principal ballerina with the Royal Ballet): "I can only speak for the ballet company: they cancel nothing, everything is up to plan. How can you cancel Tchaikovsky? It is a part of world culture. Russian names are everywhere, especially in ballet. Half of the classical ballets would have to be removed from the repertoire then. And if we go to the end, then Vadim [Muntagirov] and I should be fired. But I still hope the witch hunt doesn’t start. Here is a civilised society, people understand it all and support us. . . "

It does not mention that she took part in a Dance for Ukraine fundraiser in the UK.

It reports that the SWR Symphony Orchestra (based in Germany) and its chief conductor (Russian/Greek) Teodor Currentzis, "as an appeal for peace and reconciliation", agreed on a Ukrainian-German-Russian program at short notice, replacing originally planned works by Marko Nikodijevic and Johannes Brahms.

The newsletter also publishes a letter from Pathe Live cancelling  "with great sadness and regret" Pathé Live a livestream of Pierre Lacotte's The Pharoah's Daughter, a ballet created by a Frenchman especially for the Bolshoi.