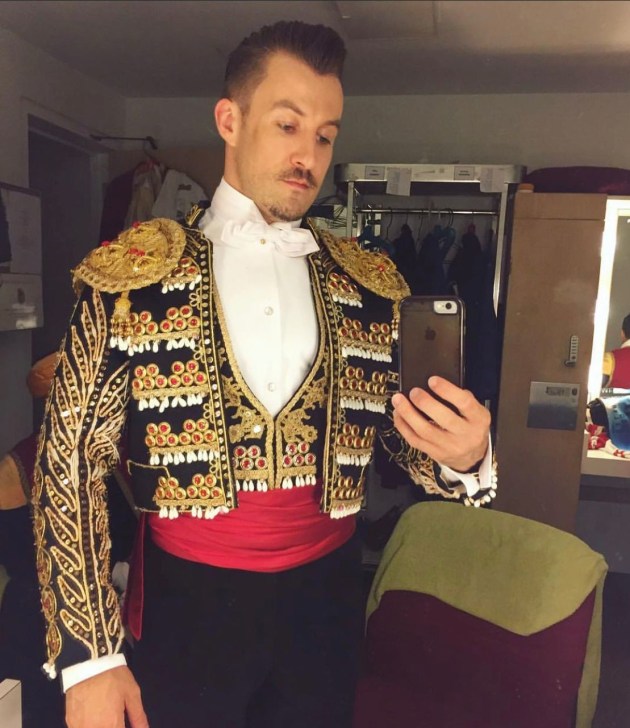 Heath Keating is currently recuperating from the third major injury to interrupt his dancing career. He has just had his bicep tendon and sub-scapula tendon reattached. He may be out for nine months this time, but his stoic attitude is unflinching. “Considering what I put my body through all of these years I’m pretty proud of my own body being able to deal with all the thrashing around I’ve inflicted on it,” he says.

“I’d rather it happened now rather than when I was twenty,” he adds. “I just feel mentally so much better to cope. If it had happened when I was younger, I think my attitude would have been different; I’d be really depressed. But I know you can’t sweat the small stuff – and that comes with age.”

Keating DID come back from a major injury when he was twenty, a major injury that was both intensely disappointing and very, very public. He broke his foot during a Dance For Your Life performance on So You Think You Can Dance in Season 2. “What hurts the most, I think, is that I had already done the performance and got through. They asked me to come back and re-do it for the steadycam. And when I returned in 2010, it just wasn’t my year.” That being said, Keating made it into the Top 12.

Having his first shot at fame take a strange detour didn’t hurt Keating’s career. By the time he was twenty-eight, he had an impressive resume filled with musical theatre performances. “It was a really busy, hectic time,” he recalls. Auditions led to jobs most of the time.

Then he ran into a second road-block. The right side of his body, in his words, “went to moosh”. A critical disc injury was affecting his nerves and he couldn’t activate his muscles properly.

The primary damage was done on a weekend but Keating “pressed on regardless”, straight into an audition. “Sometimes you just forget to warm up certain body parts and in an audition you never know what the choreography is going to include. This happened to be really ‘60s neck chorey and a lot of it was ad lib, which is when you tend to chuck yourself around a lot more because you want to stand out,” he explains. “In an audition, there’s no such thing as overdoing it.”

He felt something wrong at the time but dismissed it. “I just thought, this isn’t good. The next day I had a rehearsal for a surprise performance for David Atkins’ wedding. It was all old electric legs choreography – all that ‘80s thrash-y stuff. And I really felt it. Then I had two more auditions and a gig in the same couple of days. I pushed through and it became a whole lot of smashing it when my neck was already injured.”

Eventually he had to stop, which probably saved him from something worse and permanent. He had an artificial titanium disc inserted into his neck through his throat in an operation whose gravity he only grasped five years later when he saw a surgeon for his shoulder injury (more about that further on). He also had seven months off, with rehab, physio and, eventually, gym work to reactivate the nerves again to get all the muscles on his right side working. His first major job afterwards was Bodyguard, The Musical. “I had the surgery in September 2015 and we started Bodyguard in June 2016,” he says.

Keating’s first weeks back were scary, he admits. “But everyone was so understanding. Even though I was in a massive musical, the choreographers were asking, ‘Is this OK for your neck?’ Everyone was lenient and flexible about getting me to do what I could actually do, which was really nice because in the industry a job’s a job, you have to do what you have to do and if you’re back on full duties, you’re back. You’re expected to do everything required at full capacity.”

It didn’t take long for Keating to return to “all the thrashing around”. Until he couldn’t move his arm. “I can’t pinpoint exactly when it happened,” he says, “but I’m sure the injury goes back to my contract at the Opera, which was intensely physical and involved a lot of Kelly Abbey-style lifting. It happened on stage somewhere, but it wasn’t an acute pain. It was gradual, so I kind of let it fly for months.”

Now he is in an injury-induced dance hiatus. This time, he has factored in his doctor’s worst case scenario and is resigned to recuperating fully. “The shoulder rehab is going to be slower than my neck. They keep telling me I can’t push myself too hard because that’s when I’ll do the kind of damage that will take me back to square one,” he says. 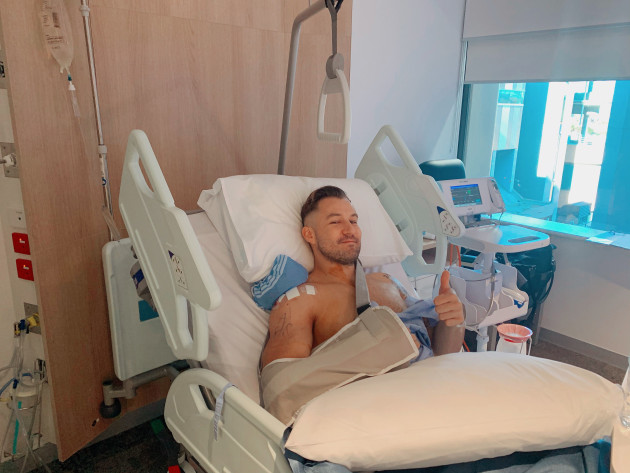 “It’s only nine months out of my whole life and it goes so fast…[At this point in the interview I laughed: ed]…I know, I keep telling myself that. But I’m very fortunate that it happened this year. This is the perfect time to be out. There’s not much happening anyway. Hopefully when this all blows over, hopefully very soon, then I can be back to normal and pretend it never happened.”

“If you’re going to dance consistently there are going to be things that happen,” he adds. “Some people are really lucky and only deal with minor or no injuries. Because I go to the gym quite a lot, it’s a bit of a double-edged sword. One the one hand, there are many situations in which I’m actually stronger than a normal person in certain body parts or in certain choreographies but then at times I can push myself doubly because I’m dancing and going to the gym. There are more chances for damage. But you can’t just sit on your arse because that’s asking for injury as well.”

Keating is currently thrashing his legs at the gym. 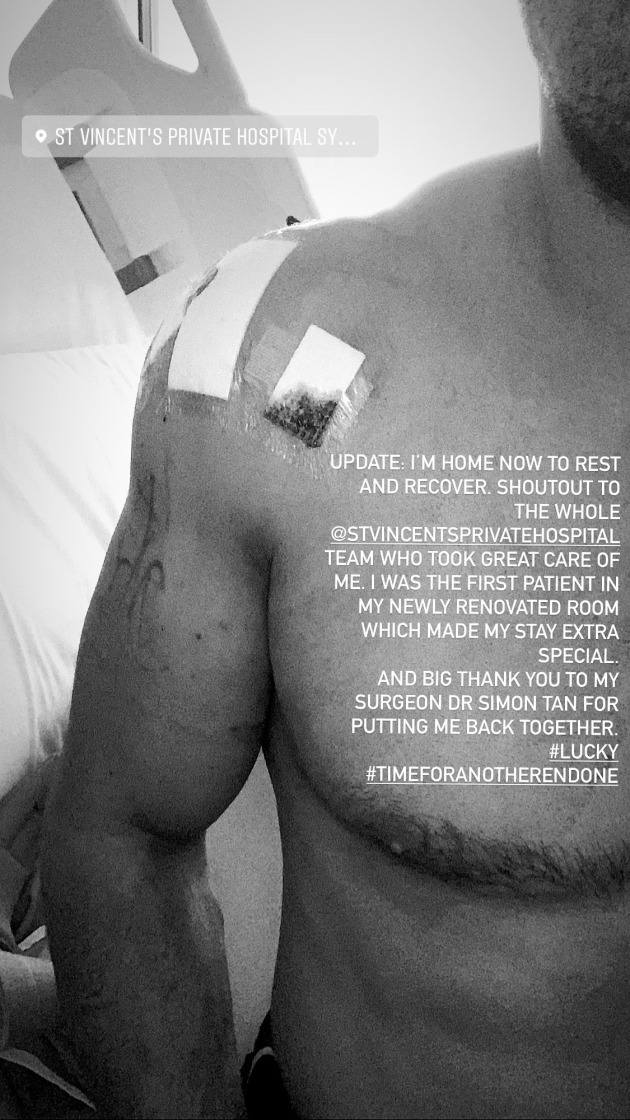