Every dancer will work their way through injuries during their career – sprains, strains, twists and tears. But some dancers conquer major setbacks. This series provides glimpses into what it takes to come back. 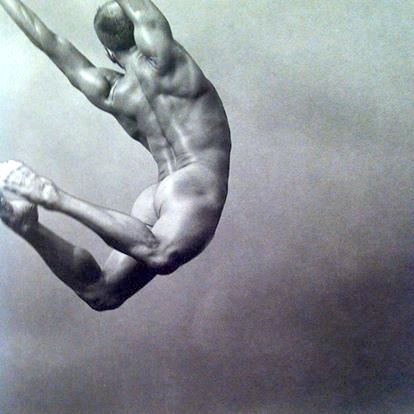 In 2007, Bradley Chatfield was enjoying a momentous point in his career with Sydney Dance Company. “I was 35 and I had a really, really great year for a dancer who was ‘on the other side’,” he recalls. “It was the year that Graeme Murphy announced he was leaving the company and I was at my peak.” The audience favourite was a drawcard in Sydney Dance Company performances such as Salome and Underland, for which Chatfield had won Outstanding Performance by a Male Dancer at the Australian Dance Awards just a few years earlier, applauded with, “Bradley is a consummate performer and a powerfully theatrical dancer. He has a commanding presence, a distinctive personality and body, and incredible virtuosity, purity and precision.”

Then, the night before he was due to fly out with the Company to perform in China, Chatfield was assaulted. He jumped off a balcony one-and-a-half storeys high to escape. Chatfield fractured his tibia plafond on one leg, his tala dome on the other and suffered severe bone bruising in both. He spent his China “tour weeks” in hospital. Lying in hospital two conflicting stories fought for attention in his head. The first was, “That’s it. There is no recovery from this. Why am I going out this way?” The second was, “Oh my god, we’re going on tour in America for five weeks in Feb, I have to be ready for that.”

The second story became Chatfield’s motivation. “I made sure I was up and running by nine weeks. I was in backstrap casts while I was in hospital and three to four weeks afterwards in a wheelchair. I discharged myself from hospital because they weren’t giving me all the treatment I needed. They were fantastic but the bone bruising was more severe than any of the bone fractures that they were focused on.” He was working with Sydney Dance Company osteopath, Ross Partington, who organised for Chatfield to have MRIs done at a hospital in the North Shore, and then rehab continued with Partington and North Sydney Sports Medicine Centre co-founder, Ken Crichton.

Chatfield made it to America. 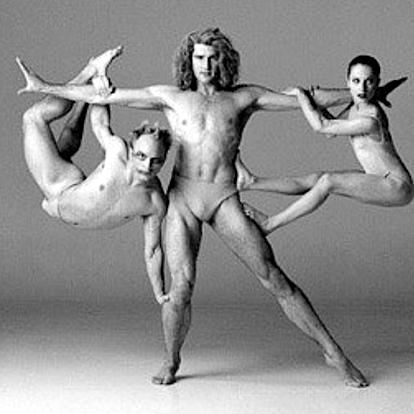 “Thirty-five should be the time you wind down as a dancer. It wasn’t the best time for a major injury, but I kept fighting because I didn’t want it to be the reason I stop,” he notes. Chatfield continued to perform with SDC for another two and a half years before he retired. He ended up having another operation after that. “I had a double fascia to combat certain things that were happening in my muscle building because I’d lost so much strength on my legs and ankles. It’s when the muscles build up so much in your legs that they have to go in an cut the sheath to let the muscle expand and flow properly from the knees down.” He has recovered from this too. “My legs have had momentary lapses of weakness but nothing too severe.”

On his retirement, Amanda Dunn wrote in The Age, “Given how physically demanding their profession is, dancers are doing well if they are still centre stage in their mid-30s. So the fact that Bradley Chatfield is a star performer for the Sydney Dance Company at 37 is remarkable enough; more extraordinary, though, is that he has stayed with the company for 18 years (apart from a brief hiatus in musical theatre) [in the lead role of Mr Mistoffelees]—more than half the 33-year-old company's life.”

What does Chatfield feels it took to come back after his crisis? “It’s really strange. That was the first time I’d ever been injured in my career or life whether it work or any unfortunate incident; the first time I’d had to take any time off. My initial thought was, “It’s OK. This is it. What am I going to do. I don’t want this to be the way. But every time I saw my specialists there were positive steps, and there were people around me saying, ‘You’ll get through this.’ So I realised, ‘You know what? I will get through this. There are people a lot worse off than me but I can only do the best I can do to get on top of it.’

Chatfield counts mental preparation as the key to moving forward. When he first went back to the studio, Chatfield remembers going home every day and thinking that trying to come back wasn’t worth it. “I’d lost all the flexibility. I couldn’t even stretch my feet properly. I thought, ‘We’ve only got four weeks until we go away. I just didn’t know whether I could be ready. And it would have been three months from the night it happened until we went to America so there was a lot of stuff to do in that time to get ready’.” But he worked hard on his mental preparation and says his strength came from that. The American tour wasn't easy. “It was a bit of a struggle, learning a new way of working," he recalls. "These were steps I’d done so much in my career, but they just didn’t feel the same especially in that trip because it was my first performances back. But after that I started to feel myself again although for the rest two and half years it was always adjusting to some physical weaknesses that developed at that time.”